Symbolism is a 19th-century movement in which art became infused with exaggerated sensitivity and a spooky mysticism. Anticipating Freud and Jung, the Symbolists mined mythology and dream imagery for a visual language of the soul. More a philosophical approach than an actual style of art. The leading Symbolists included Gustave Moreau, Puvis de Chavannes, and Odilon Redon. The movement was also a major influence on some of the Expressionists, especially on the work of Franz von Stuck and Edvard Munch.

A Thousand and One Nights cross stitch pattern 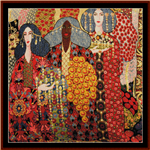 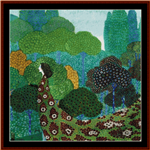